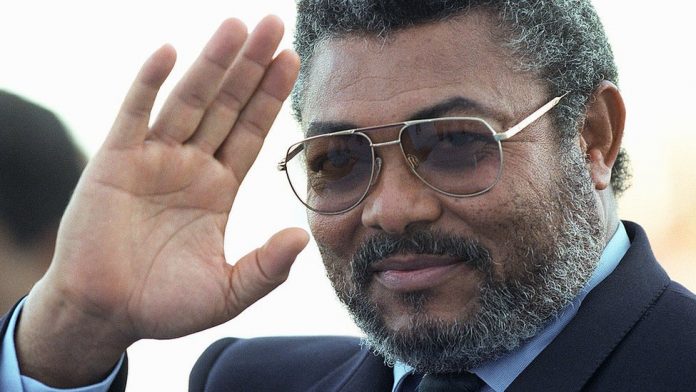 Ghana’s former president Jerry Rawlings, a member of the radical and charismatic generation of figures who emerged in West Africa in the 1980s, died on Thursday.
The former air force flight lieutenant led two coups in 1979 and 1981, railing against corruption and stamping his authority on the nation before ushering in democracy.
Rawlings, who seized power twice in military coups but is now regarded as a driving force behind Ghana’s emergence as a stable democracy, died at the age of 73,.


His takeovers in 1979 and 1981 were marked by authoritarian rule and the executions of senior military officers, including General Frederick Akuffo, whom he overthrew in the first coup. But to many of Ghana’s poor, Rawlings was their champion
He went on to oversee Ghana’s transition to multi-party democracy, winning election in 1992 and 1996 before stepping down in 2001.
Today, Ghana is considered one of West Africa’s most mature democracies and regularly sees power change hands between its two main parties.
He headed Ghana for 20 years until 2001, being voted in as president at the ballot box in 1992 and re-elected in 1996.

Ghana’s president Nana Akufo-Addo said in a statement that “A great tree has fallen, and Ghana is poorer for this loss,” the president said.
Starting out as a populist inspired by the left-wing policies of the Soviet Union and Cuba, he eventually turned to free-market economics to boost Ghana’s suffering economy.
Rawlings also heeded the calls for multi-party democracy that swept Africa in the early 1990s, and in 1992 held the first elections in his homeland since 1979.
With all the levers of power at his disposal, he beat out the opposition and then claimed re-election four years later in 1996.
He finally left office for good in 2001 after seeing the NDC lose its grip on power as his vice president lost at the polls.


Tribute
Ellen Johnson Sirleaf : Saddened at the passing of President Jerry Rawlings. He set the precedent for a more democratic and stable Ghana. Liberia owes him a debt of gratitude for peacekeeping efforts in our civil war. My prayers go to his family at this time.
Charles Onyango-Obbo : Ghana’s ex-president Jerry John Rawlings dies aged 73. A hard – even ruthless – military man, anti-imperialist, and revolutionary, on the road to Damascus Rawlings became one of late-20th century Africa’s most consequential democratic and economic reformers. RIP JJ.


A statement from Nigerian President Muhammadu Buhari said “the entire African continent will sorely miss the sterling qualities of the great leader.” 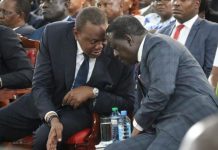 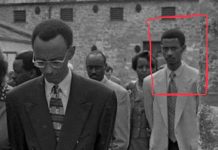 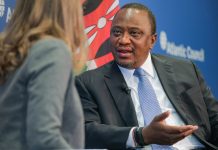