One of the major problems holding back smallholder farmers in viscous circle of poverty is the lack of access to financial services at reasonable interest rates. There are over three million such farmer in Uganda.

Overall Agriculture in Uganda employs over 70 percent of the population. On the other hand, the annual growth of agricultural sector is underperforming, averaged at 2 percent during 2000/01-2013/14 compared to average of 8 percent for services and industrial sectors. All this is happening at the backdrop of sustained population growth, which is averaging 3.03 annually.

The relationship between agricultural sector and the public finances has been defined more through subsidies and tax exemptions, which have not benefited real farmers.

Financial institutions have described them as un-bankable, their cash flow tend to be volatile, cyclical, and risky. With majority of country’s population in this sector, but lack affordable financial services to move to next level or boost production, what do you do?

Mildred Barungi a researcher at Economic Research Policy Centre notes that agricultural financing is still a major challenge due to costs and risks. Collateral availability is limited, as more than 80 percent of the land in Uganda is not titled. Above all, there are historic problems over loan repayment.

The findings published in Agricultural Financial Year Book 2015, cite Contract farming as one of the options to help smallholder farmers in Uganda and indeed, there are success stories in Uganda. Sugar factories in Jinja have succeeded in helping out smallholder sugarcane farmers through contract farming.

Okumu Mike Ibrahim, a Lecturer School of Economics, Makerere University cites the example of Kakira Sugar Works. Today, the Sugar factory has over 26,000 hectares of land run by Sugar cane growers, to whom it extends financial services, today, these farmers are supplying 60 percent of company’s sugar.

The system has been described as mutual benefiting. The farmers get services on credit and extension services and pay later at harvest. The sugar factory also enjoys lower overhead costs.

The farmer could seek for support through ploughing, fertilizers, herbicides and seed cane. The farmer(s) are given a form for present to local Council Chairmen from 01, 2 and 3 and sub country Chiefs for their signatures confirming ownership of land. Upon returning agreement forms, the sugar company signs agreement forms and undertakes to offer services the farmer requested for.

The contract bounds farmer to supply all the mature sugar cane to the sugar company. The sugar company appoints out grower manager who oversees the entire sugar can value chain. Team of supervisors, Field Assistants and advising out growers assists him.

The contracted out growers are able to access credit in form of provision of services for the growing, harvesting, and delivering sugar cane to the factory.

On the other hand, at Sugar Corporation of Uganda, the company recovers its costs in two crop cycles, that is 50 percent per ratoon crop. According to Mr. Okumu, these procedures ease the burden of debt servicing and farmers pays in kind and after crop harvest.

Payments to out growers are done through Stanbic and Tropical bank braches in Kakira. Equally, based on farmer’s acreage and thus expected yield, banks extend loans to farmers at market rates. At harvest, the bank simply deducts the amount of the loan payable by the farmer.

While there has been a rise in price of sugar cane (average 8 percent) this has been comprised by inflation such that over the years, real growth in prices averaged -0.3 percent. According to Mr. Okumu, in real terms therefore, farmers have hardly experienced any growth in prices. Meanwhile a kilo of sugar on market goes for Ugx. 3400.

That side, farmers claim the companies earn big from electricity production and molasses, both by products in the production of sugar. Kakira Sugar already power to run factory and sells excess to national grid.

Majority smallholder farmers say they lack reserves to help them through emergencies. In such hard, many depend upon family and friends. Ordinarily, one would quit such a trade, but quit and do what?

Mr. Okumu notes that notwithstanding lower sugarcane prices, farmers continue growing sugar cane couple of reasons: relatively stable prices compared to other crops like maize which sometimes drop to as low as Ugx 300 per kilo. Farmers are also assured of a lump sum payment at harvest and more so the lack of books of accounts thus there is ignorance about specifics of benefit/cost in the trade.

The findings are contained in Agricultural Year 2015. These findings present enormous opportunities for Ministry of Agriculture and line ministries, Development partners, policy makers and financial institutions. 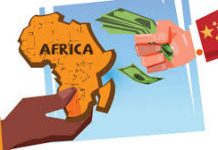