In Morocco, the African Development Bank has helped thousands of young people towards a new future in agriculture.
Abdelhak Boukhari, a young farmer said he learned farming from his father.


“I started in this area in 1995 when I was very young. It was really difficult at first because I didn’t have any land; I didn’t have anything. I shared a plot with other farmers and after that I started renting land. It was then that I really got into agriculture as a career,” said Boukhari.

At the age of 40, Boukhari, who grows strawberries for export mainly to Europe and North America, struck out on his own. Now, thanks to improved farming methods, he has become an entrepreneur and has leased more arable lands and modern equipment.


“I really feel like a champion, because my father had only one or two workers, but I now have between 40 and 50. Thanks to God, I have a lot of equipment: the tractor for ploughing, agricultural machinery, greenhouses, and drip-feed irrigation. I really do have modern tools at my disposal,” he said.


Other young farmers, like Hicham Mokadem, 30, share similar testimonies.
Mokadem, 30, is an agronomist. He went into berry production in Laouamra, in north-west Morocco and exports the bulk of his produce to Europe.
“It is a 15-hectare farm and I decided to invest in soft fruit because it is a growth sector,” said the young agronomist.


“I’m confident and I’m not on my own,” he added, referring to the thousands of young people flocking to farming , motivated by Morocco’s new agricultural policy, ‘the Green Morocco Plan’ (PMV).
Launched in April 2008, the PMV aims to make agriculture one of the first sectors of productive development and to modernize it. It also intends to promote agricultural investment, ensure food security, stimulate exports of agricultural products, and promote local products.


Since its inception, this project has received more than 500 million euros from the African Development Bank through the Green Morocco Plan Support Programme (PAPMV).
“A 30% increase in agricultural yield, a 40% decrease in water usage and a 45% increase in agricultural earnings. These have been the outcomes of the Green Morocco Plan which we have been supporting since 2008,” said Bank resident representative for Morocco, Leila Farah Mokaddem.


Young Moroccans such as Boukhari and Mokadem demonstrate the Bank’s success in transforming livelihoods under its High Five development priorities: Feed Africa, Industrialize Africa, and Improve the quality of life for the people of Africa. 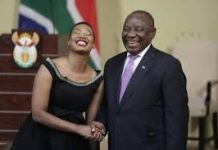 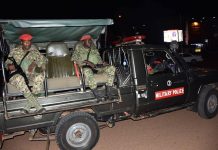 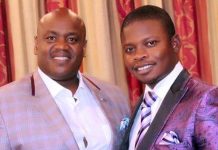