Home Business Forecast for the shilling indicate a stable unit 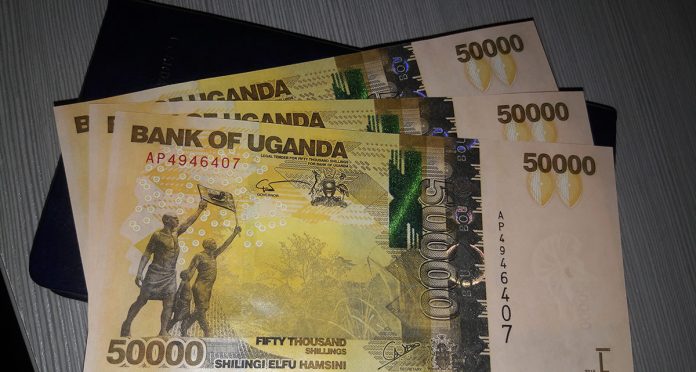 The Uganda shilling traded slightly weaker at the close of the trading week as pockets of demand emerged from key corporate players.

Mid- week the shilling remained in a stable position, anchored by flows mainly from portfolio investors looking for opportunities in the government debt market. Trading was in the range of 3685/3700.


In the interbank money market, overnight funds traded at an average of 7% while one week quoted at 10%.


Coupons for both were 11.00% and 14.250% respectively. The auction was oversubscribed with total amount tendered of 270 billion.

In the regional currency markets, the Kenya shilling lost some ground on uptick in demand from the interbank market, trading at 103.20/40. Outlook for the coming indicated a stable shilling with a mild chance of strengthening on account of expected significant flows from exporters and investors participating in fixed income space.


In other news, the government of Kenya sent out invitations to potential commercial banks to subscribe to a syndicated loan of $ 1.45 billion for budget support as external concessional financing sources thin out.

In the international markets the US dollar index edged higher after it briefly staggered following President Trump’s comments that the Federal Reserve policy is keeping the dollar high and harming the US manufacturers.


The green back bounced back after China Central Bank fixed the yuan at a stronger level than expected boosting risk appetite.

Earlier, China had allowed its currency to weaken past 7 per dollar for the first time since 2008.

Globally, policies of the major Central Banks are adding to the nerves that the global economic outlook may be worse than feared.

Markets will also keep a keen eye on the outcome of the monetary policy meeting due later in the week where it is expected that BOU will keep the policy rate intact given that all economic indicators are playing out well.