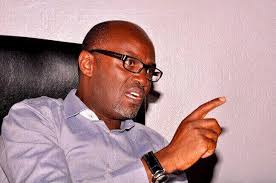 Quoting ‘a well-placed source’ in Dar es Salam, veteran journalist and the Managing Director of the Independent Magazine, Andrew Mwenda says COVID-19 cases in Tanzania has reached ‘ critical stage’
‘‘The COVID-19 crisis in Tanzania is now critical! Zambia has closed its border with Tanzania!’’ Mwenda tweeted on Monday afternoon.


He added: A well-placed source in Dar es Salam claims they have 16,467 cases tested positive, 1,293 dead and only 118 recoveries! 40 people are dying of covid19 daily! Thank you Magufuli!
He did not name the source
However, official figures say otherwise. According to government statistics, the country’s COVID-19 cases have risen to 509 after the 29 new cases were reported after more than a week

Government has also has relaxed restrictions on international flights to allow repatriation flights, the Citizen newspaper reported on Monday.
Under the revised measures, repatriation flights will obtain permits within two hours instead of the previous two weeks
Also exempted are technical landings and other safety-related operations.
The authority had on 11 April suspended all scheduled and non-scheduled international flights to stop the spread of coronavirus.


Meanwhile, Zambia has shut down its border with Tanzania after the country witnessed the highest spike of Covid-19 infections on Saturday.
As it widened screening, Zambia recorded 85 cases on a single day with three deaths related to the pandemic.
Of the cases, 76 were recorded in Nakonde, the border town with Tunduma in Tanzania. On Sunday, the country recorded 15 new cases after 250 tests.-Daily Nation reported.
Zambia Health Minister Chitalu Chilufya said the country is temporarily closing the Nakonde border starting Monday, May 11, 2020.