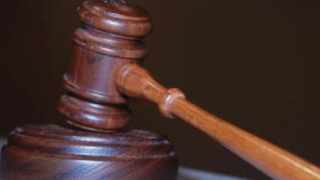 South Africa: A Durban company accused of “locking in” employees and demanding they meet daily targets in producing medical equipment, even though it operated without the required certification, pleaded guilty in court this week.
Chen Lu Fragrances CC forced 14 employees, split into two shifts and housed at its Glen Anil business premises, to each produce 500 surgical face masks each day.
Workers in South Africa were told they could leave and not return if they were dissatisfied with the terms and conditions.


The core business of Chen Lu Fragrances was to import various goods, mostly paper products, from China and other parts of Asia, which is sold mainly to wholesalers.
When Covid-19 broke locally, the company, with assistance from the Counsel General of China, imported machinery to manufacture surgical masks.
it was also established that the workers slept in cubicles set up in the factory.
The company was charged with forced labour (excessive working time), failing to maintain an environment that was safe and without risk to their employees’ health and failing to licence as a manufacturer and trader of medical devices.

It also emerged that masks produced by the company and worth over R200000 were donated to the SAPS and the Office of the Premier.


On count one (forced labour), the company received a R20000 fine, of which R15000 was suspended for five years, provided the same offence was not committed in that period.

For failing to provide a safe and healthy working environment for their staff, the company was fined R20000, with R15000 of it suspended for five years, provided they did not commit the same offence in that time.


And for failing to obtain the required license to manufacture and trade (count 3), Magistrate Davis confirmed a R50000 fine, of which R35000 was suspended for five years, on condition they did not repeat the offence during that period.
iol