Home Politics Be patient, at the right time, Museveni will hand over power peacefully-Baryamureeba... 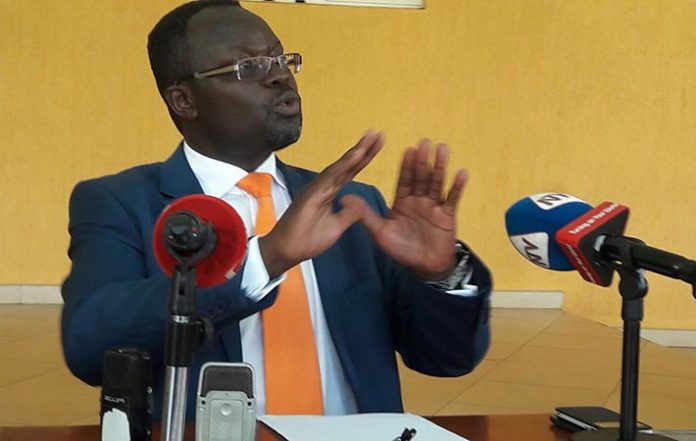 The 2016 presidential candidate Prof. Venansius Baryamureeba has asked Ugandans to pray for president Museveni to have good health to enable him to continue leading the country.

‘ ‘ We all know that in 1986, when president Museveni came in as president of this country, he talked about fundamental change. This is one of them’’ he said Adding that at that time, there was only one public University-Makerere University and he was the Vice Chancellor, then we had Mbarara University. As time when on, we had more private and public universities and the president had to leave the position of vice chancellor to other Ugandans.
‘ ‘ So, succession is in phrases, at the right time, we will come to support [ takeover ] from president Museveni’’ Baryamureeba said.
President Museveni 73, who has ruled since 1986, has expressed interest in contesting for the 2021 presidential elections, if the constitution is amended to remove 102(b) article which restricts people above 75 years and below 35 years to contest as president.


Appearing before Legal and Parliamentary Committee, to give his views on age limit bill early this month, Baryamureeba told the committee that Other than enabling President Museveni to run for President in 2021, there is no evidence to support and justify the repeal of article 102(b) from the Constitution.
He added: people aged 65 and above are prone to attack by several chronic conditions/ diseases which include: Alzheimer’s disease, dementia, depression, arthritis, heart disease, to mention but a few. An Executive President cannot be very young or very old, given the executive powers bestowed on him or her. Some Executive Presidents have access to nuclear codes, authorize wars against other countries etc. What would happen if such a President suffered from dementia or depression? The result could be catastrophic.


In 2013, Dr. Kizza Besigye said of Prof Baryamureeba ‘‘is falsely perceived intellectual, a sycophant’’
He went on: Being a university professor, one would at least, expect him to get some facts to cloth his boot-licking. He criticizes my actions as going against FDC policy; when he clearly has no idea what that policy is. The country deserves better from such intellectuals.
Besigye was reacting to article an opinion published by Prof Venansius Baryamureeba on his Facebook. It’s titled “ten reasons why Col Besigye must apologise to the people of Rukungiri and the President of Uganda”.


Over the years, baryamurreeba has held several key positions in the education sector and other sectors in Uganda and across the globe. This has enabled me to build networks I shall rely on as we embark on this great journey of making Ibanda University one of the best universities in Africa.


read: Baryamureeba: Am ready to serve if President Museveni calls on me

‘ ‘From the time I joined S1 and up to S6, my mother would walk me from home in Kasharara village to Ibanda town, a distance of about 3 miles carrying my suitcase and mattress on her head instead of using my Daddy’s Raleigh Bicycle to catch a bus to St. Leo’s College in Fort Portal. Whatever she shared with me on these journeys made us bond and motivated me to work harder each passing day and I still remember those fond memories of my mother.