Home Lifestyle Apostle Sserwadda: Pastor Bugingo is either mad or his academic training is... 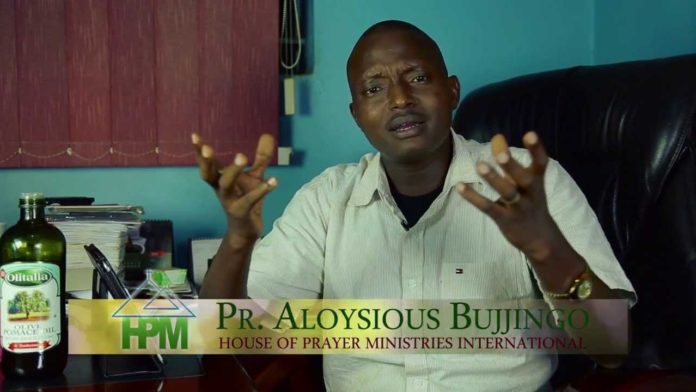 Senior pastors in Uganda have come out to condemn Pastor Aloysius Bugingo, of House of Prayer Ministries International action to burn all Bibles with a text ‘‘HOLY GHOST’’
According to Pastor Michael David Kyazze of Omega Healing Centre, the controversial pastor recently launched a campaign to burn all Bible’s with text Holy Ghost preferring to call them as witchcraft.


When this information landed on Apostle Dr. Joseph Sserwada, the Spiritual father to Pastor Bugingo, he wrote a worded letter to Bugingo.
In the letter, Apostle Sserwadda notes: ….. What is left is to ask whoever has a differing opinion to put their academic and Bible Training credentials on the table. Short of this, you are dealing with and taking orders from a mad man. Read full statement below.
……………………………………………………………………………………………….
Dear friends,
I hear someone among Uganda’s unread pastors has ordered the burning of Bibles which have HOLY GHOST IN THEIR TEXT. The big irony is that he uses a tribal dialect Bible to minister. However, the Big question: “Is there difference between the Holy Spirit and Holy Ghost?”

READ: Prophet Samuel Kakande wanted to be president of Uganda

The exact same Greek and Hebrew words are translated “ghost” and “spirit” in the KJV in different occurrences of the words. By “ghost,” the KJV translators did not intend to communicate the idea of “the spirit of a deceased person.” In 1611, when the KJV was originally translated, the word “ghost” primarily referred to “an immaterial being.”
With recent Scripture translations, “Spirit” has replaced “Ghost” in most instances. Some of this came about because words don’t always hold their meanings.

READ: Pastor Kayanja: God should send you a divine pant with a padlock

In the days of Shakespeare or King James, ghost meant the living essence of a person. Looking back, we see that “breath” or “soul” were often used as synonyms of “ghost.” 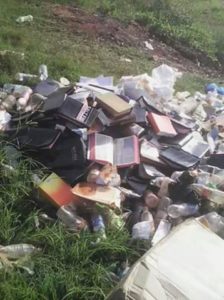 During these times, spirit normally meant the essence of a departed person or a demonic or paranormal apparition. As language evolved, people started saying “ghost” when speaking of the vision of a dead person while “spirit” became the standard term for life or living essence, often also for “soul.” With slight exceptions, “ghost” and “spirit” changed places over some 300 years.


He is also the agency by which the world is convicted of sin, the Lord Jesus is glorified, and believers are transformed into His image (John 16:7-9; Acts 1:5, 2:4; Romans 8:29; 2 Corinthians 3:18; Ephesians 2:22). Whichever term we use, we remember that this Holy Ghost is God’s active breath, blowing where He wishes, creating faith through water and Word.

What seems to be the reason is the many changes that have occurred in the English language. These changes come about in reference, meaning, inference or even intent. For one to drastically change this, their command of the English language is of the essence.

What is left is to ask whoever has a differing opinion to put their academic and Bible Training credentials on the table. Short of this, you are dealing with and taking orders from a mad man.
………………………………………………………………………
Apostle Dr. Joseph Serwadda