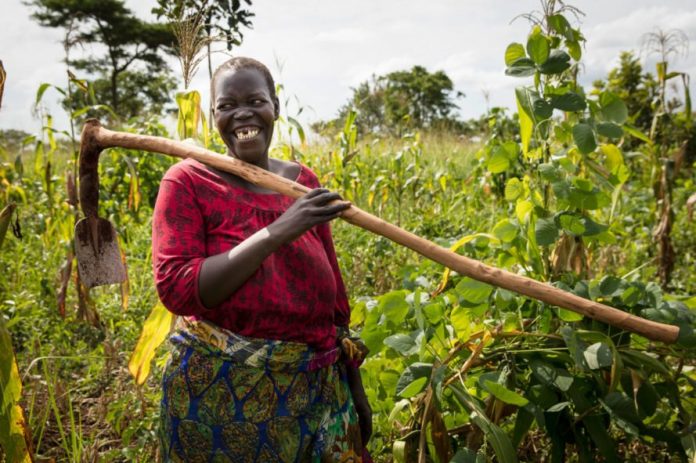 The International Monetary Fund (IMF) has hailed Uganda for achieving the Millennium Development Goal on halving poverty ahead of schedule but warned that the country must create over 600,000 jobs per year to keep up with its growing population.


However, the IMF says after two decades of formidable gains on poverty reduction, progress has stalled in the last available household survey for 2016/17.
Growth needs to become more inclusive again, and prospects are closely linked to the growth dividend from public investment and investments in human capital.


Uganda’s economy continues its recovery. The economy grew by 6.1 percent in FY17/18, with a strong services sector and a rebound in agriculture from the previous year’s drought. Investor surveys suggest that business conditions and sentiment are strong, while credit to the private sector has improved, helped by an accommodative monetary policy stance.
Growth could reach 6.3 percent in FY18/19, though slow rainfalls and regional tensions are a risk to the outlook. Over the medium term, growth could range from 6 to 7 percent if infrastructure and oil sector investments proceed as planned.
Macroeconomic policies are supportive of economic activity. The government continues its policy of scaling up infrastructure investment. Investment reached 8.9 percent of GDP in FY17/18 and is envisaged to increase further this year and next. As a result, public debt grew further to 41.3 percent of GDP at end-FY17/18.

Headline inflation stood at 3 percent and core inflation at 4.6 percent year-on-year in March. The monetary policy stand remains accommodative, even with the 100 bps policy rate increase last October that ended the previous easing cycle. Inflation is projected to converge to Bank of Uganda’s 5 percent target over the next 1½ years mainly driven by food prices and fiscal spending.
Vulnerabilities are increasing. Uganda remains at low risk of debt distress, even though debt metrics have deteriorated and one in five Ugandan shillings collected in revenue will be spent on interest in FY19/20.
The current account deficit widened to 6.1 percent of GDP in FY17/18, somewhat weaker than desirable. With gross international reserves of $3.4 billion (4.2 months of next year’s imports) at end-February, Uganda has a sound buffer against external shocks.


The main risks to the outlook are unfavorable weather conditions, domestic and regional political tensions, and further delays in the start of oil production.