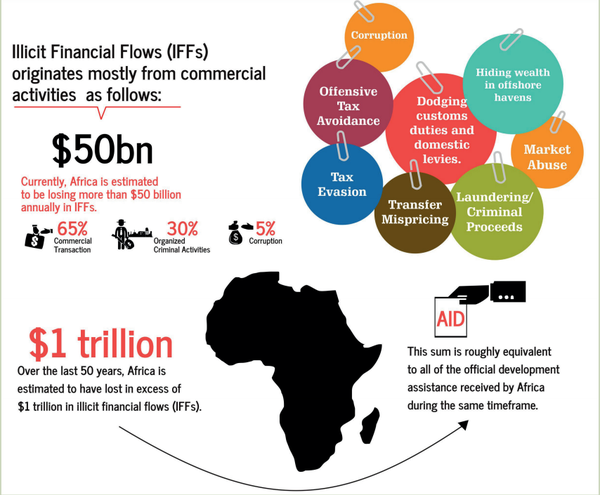 “The debate is not about the seriousness of the issue. The magnitude is high, is increasing. The challenge is how we can arrest it. This is an African problem. The only way we can resolve together is by working together with our partners,” said Abdalla Hamdok, Uneca’s deputy executive secretary.
They also said that money illegally transferred across borders has more than doubled to $100 billion annually from $50 billion in 2015.


She added that there was need for the creation of a continental tax body under the support of the African Union Commission where tax related standards in policy, legislation and administration can be established and activities reported to heads of state for adoption.
“Greater funding for technical assistance on tax matters and improvements in tax administrations is needed to enable better domestic resources mobilisation.”


According to Uneca, informal cross-border trade involves movement of legitimately produced goods and services that avoid custom checks, trade misinvoicing and employee misclassification — a practice of labelling workers as independent contractors, rather than employees to avoid paying unemployment and other taxes on workers.
////The East African