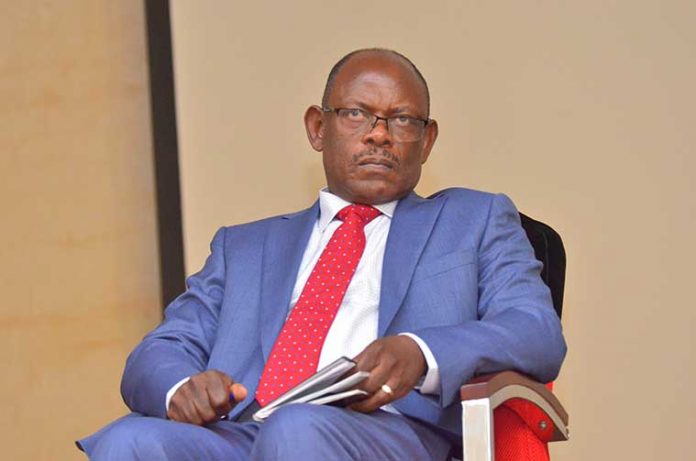 Makerere University Vice Chancellor Prof Barnabas Nawangwe on Friday suspended the Chairperson of Makerere University Academic Staff Association (Muasa), Dr Deus Kamunyu.
In a letter dated January 17 and signed by Prof Nawangwe, addressed to Dr Kamunyu, the VC says that despite various warnings, the Muasa boss has continued to engage in acts that amount to misconduct including offenses under computer misuse.


Prof Nawangwe says Dr Kamunyu has continued to incite with intention to cause disobedience, strike to undermine the university administration, intimidation of university officials, using abusive language and making false statement.
“You have routinely been advised and engaged to stop your aforesaid misconduct but you have not taken heed, therefore in order to protect the reputation of the university, its activities, personnel and property from your disruptive activities, I hereby suspend you from the university in accordance with section 5.9 (b) of Makerere University human resource manual,” the two page letter reads in part.

“A committee will be constituted to investigate your said conduct and you will be invited to participate in its proceedings. During your suspension, you will receive half pay and you will not be allowed to access university premises, office or property,”
Dr Kamunyu has also been asked to prepare a handover report and handover all university property to his supervisor since his suspension take immediate effect.


During the 69th graduation ceremony this week, President Museveni praised Prof. Nawangwe for disciplining errant lecturers and staff of the institution.
“We don’t want decadence, the crime of cheating of marks or raping of children by lecturers,” he stressed.